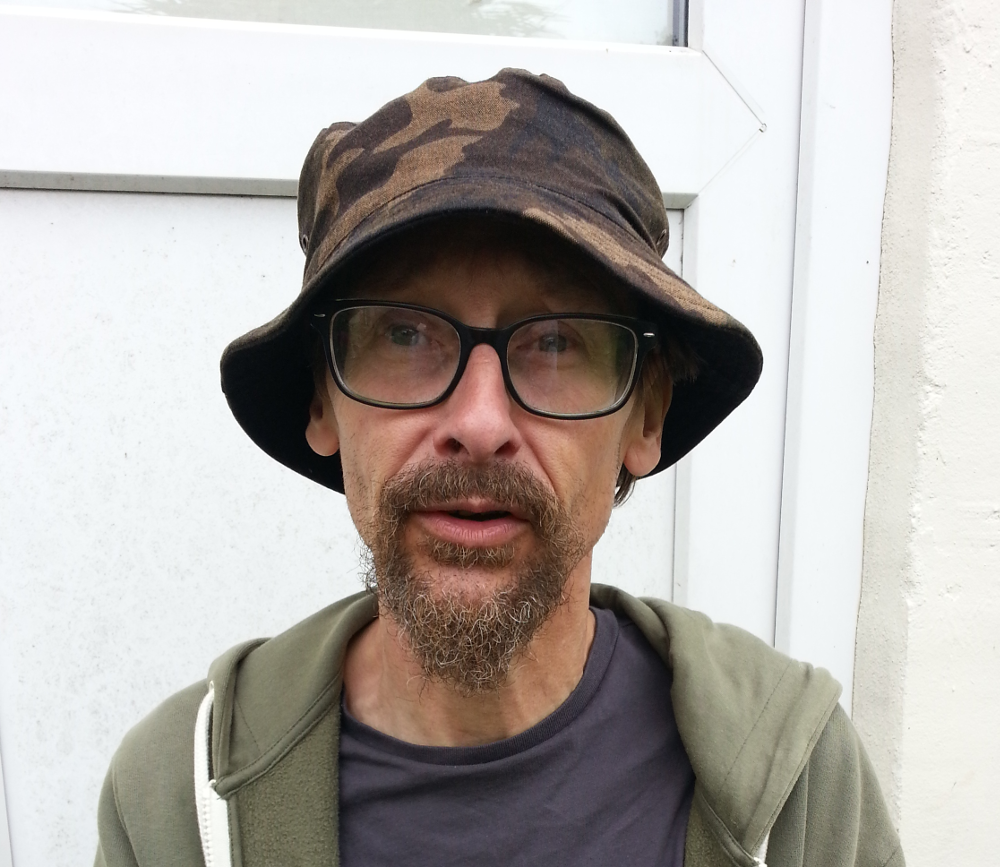 Kek-w writes Fall of Deadworld (featuring Judge Death and the Dark Judges), The Order, Indigo Prime and Black Max for 2000AD and Rebellion. Past credits include Cap’n Dinosaur for Image Comics and Commando for DC Thompson. His work has appeared in New Scientist, Wire, Dazed & Confused, Bizarre and Tattoo, among others. He is the award-avoiding creator of Conspiracy Theory Dog, Heavy Metal Genie and Ted, the Talking Atomic Submarine – characters beloved by dozens around the globe. Kek lives and works in Yeovil, Somerset, deep in the dark, witch-haunted heart of the UK's rural West Country. Also available on VHS and Betamax.

Golf was invented by Sir Walter Raleigh (or was it Sir Francis Drake? I always get those two confused) on Plymouth Hoe while waiting for the Spanish Armada to show. (That rhyme was accidental, but DM me if you need a librettist for your rap musical.) Drake—or maybe it was Raleigh?—amused himself by using his walking stick to knock a potato into a hole in the uneven turf. Upon which, he exclaimed: “Ha! I have got a Hoe in one!”

Raleigh’s new invention quickly caught on. A version using hoops and a mallet known as Croquet Potato be- came popular among the wealthy, because only the rich could afford potatoes. It spread to France where it was known as Pomme de Terre, and Germany where it was called Pomme de Fritz. Drake later dated Rihanna and Jen- nifer Lopez. Nobody knows why it’s called golf.

Cricket was first described in the 1584 edition of Wit- less’s Almanac: “The rules are uncleare. Pebbles or thmall thstones are throwne by thee bowler at thee battsman, the aim being to strike him in thee codpiece. A sticke or thee arm-bone of a disinterred ancestor are swung vigorously to-and-fro in order to keep thee hurled rocke at bay.

“Spectators will oft fling turdes and effluvia to distract thee hapless player. Mayhap he will attempt to flee thee game onlye to be thwarted by a drunke and unruly mob. When strucke in thee nether regions, thee battsman will crie, ‘Fie! I am undone! My downe-belows doth smart most frightfully!’ and fall to thee grounde complaining in a sorrowful and ungentlemanly manner. Thee umpire will then declare him ‘oute!’ And the companye, laughing and much full of mirth, shall dunk thee battsman in thee vil- lage cesspool, declaring loudly, ‘Thy wickets are stickye! ’Tis not cricket!’”

Rugby is named after Rugby, the town in which it was first played, and it soon became more popular than other 17th- century sports such as Halifax, Doncaster, and Salem, Massachusetts. The rules were simple: The west side of the town battled the east for possession of a greased pig or weasel. The last surviving player got to keep it. Medieval versions of the game used a cow or a witch.

Polo is not a British invention. The sport is named after the Italian explorer Marco Polo, who introduced the game to Europe after seeing it played by Zen Buddhists mounted on giant hibernating tortoises. But the pace was too lan- guid for adrenaline-addicted 13th-century Venetians, who instead put saddles on intemperate priests and rode them round St. Mark’s Square, beating each other senseless with olive tree branches. No ball was used.

Beard-swapping was first popularized in Elizabethan Eng- land by Walter Raleigh and Francis Drake—or maybe it was Francis Raleigh and Walter Drake? I always get those four confused.

Raleigh (cheerfully brandishing his beard): Drake! Here, take my beard and glue it to your face with this hot horse- fat. Now run along and visit Good Queen Elizabeth’s bed- chamber in my stead. She’s expecting me—er, I mean, you.

Raleigh: God, no. ’Tis’ but a harmless sport, nothing more.

Drake (pulling face): But Her Majesty is pale and ginger and smells of . . . He pinches his nose.

Raleigh (waving away all concerns): The beard is soaked in lavender. Wear it high ’pon your head—over your eyes— if she doth give you the Right Royal Horrors. Tell her “‘tis fashionable.” Let her chase you round the room for an hour or so—say ‘tis part of the sport! This may exhaust her and shorten your visit. Here, have a potato. Take two!

Drake (concerned): She... won’t make me dress up as the Golden Hind and explore the “vast, untapped territories of Virginia” again, will she, Raleigh?