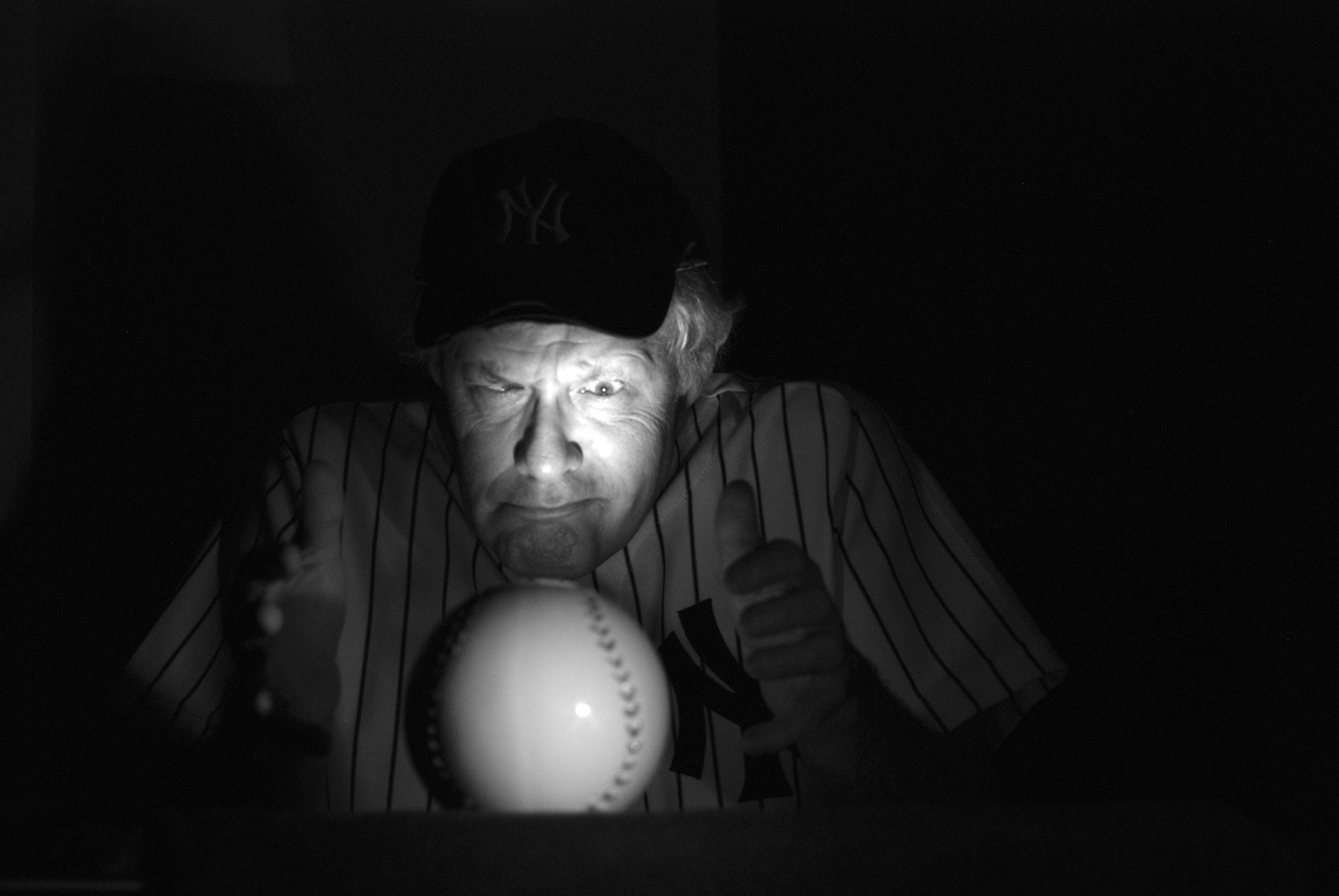 A longtime ex-reporter for the Syracuse Post-Standard, Hart Seely's stuff has appeared in The New Yorker, The New York Times, Slate, Politico, the Village Voice, the National Lampoon and on National Public Radio. He has written several books, including Mrs. Goose Goes to Washington (Simon & Schuster) and his memoir, The Juju Rules (Houghton Mifflin Harcourt). He has edited three books of found poetry - from Phil Rizzuto, Donald Rumsfeld and Donald Trump. He is publisher of AHOY Comics.

Once upon a midnight dryly, while I pondered Bill O’Reilly,

Raging at the media’s crimes, the failing Times, with rhymes, unsure,

While I nodded, nearly napping, suddenly there came a slapping,

Like Jake Tapper, crudely rapping, tapping towards my chamber door.

“Some reporter,” muttered I, “a loser that we should deplore,

“Only that, and nothing more.”

Ah, distinctly, I remember; as we’d shambled toward November,

A candidate for head of state, a fate I didn’t rate before.

Here was I, the leader Trump, but on this stump, in deep a slump,

Against old Crooked Hillary, no artillery, in a losing war,

Among the proles, I’d dug deep holes; and all the polls were rightly sure

That I’d become the next Al Gore.

There and then, I flung the shutter, to hear a cryptic Russian stutter,

In swooped a quaintly face, a tainted gaze of stately yore.

Not one to fear a food with gluten, he, a shirtless cowboy mutant!

T’was the Putin, highfalutin, hooting with a garish roar,

Perched upon his stallion, a battalion, at my chamber door!

There he sat, and nothing more.

“Sir,” I cried in rapt delight. “What swift boat brings you here tonight?

“What lures you to my doorstep, here in lockstep, in these times unsure?

“Ruler of the Russian nation, master of assassination,

“King of Pandemonium, and polonium - that fatal spore:

“I need a break, some news that’s fake, to stake the Clintons to the floor!”

He just smiled and nothing more.

In my keenly altered sanity, a time I should be watching Hannity,

Conveyed by bots, a million clots, projecting plots from Manifort,

And hackers, young attackers, truth-hijackers in a cyber war

Shouting, “Lock her up... forevermore!”

To win my electoral fight, there came dark billions from the right,

And stolen mails, with cruel details, cold entrails on a killing floor.

They came in peaks from hacker geeks, with foul techniques, on Wikileaks,

The Putin grinned, my fealty pinned, to win our electoral score,

And now the Putin, ever seeing, guards his tapes of myself, peeing,

While Democrats, the filthy rats, fling brickbats at my White House door,

Beyond the cheering, and the sneering, four years of electioneering,

A prisoner’s life, a furious wife, as critics pound upon my door

The Putin waits, with darker fates, to boil my name down to its core,

And own my soul... forevermore.