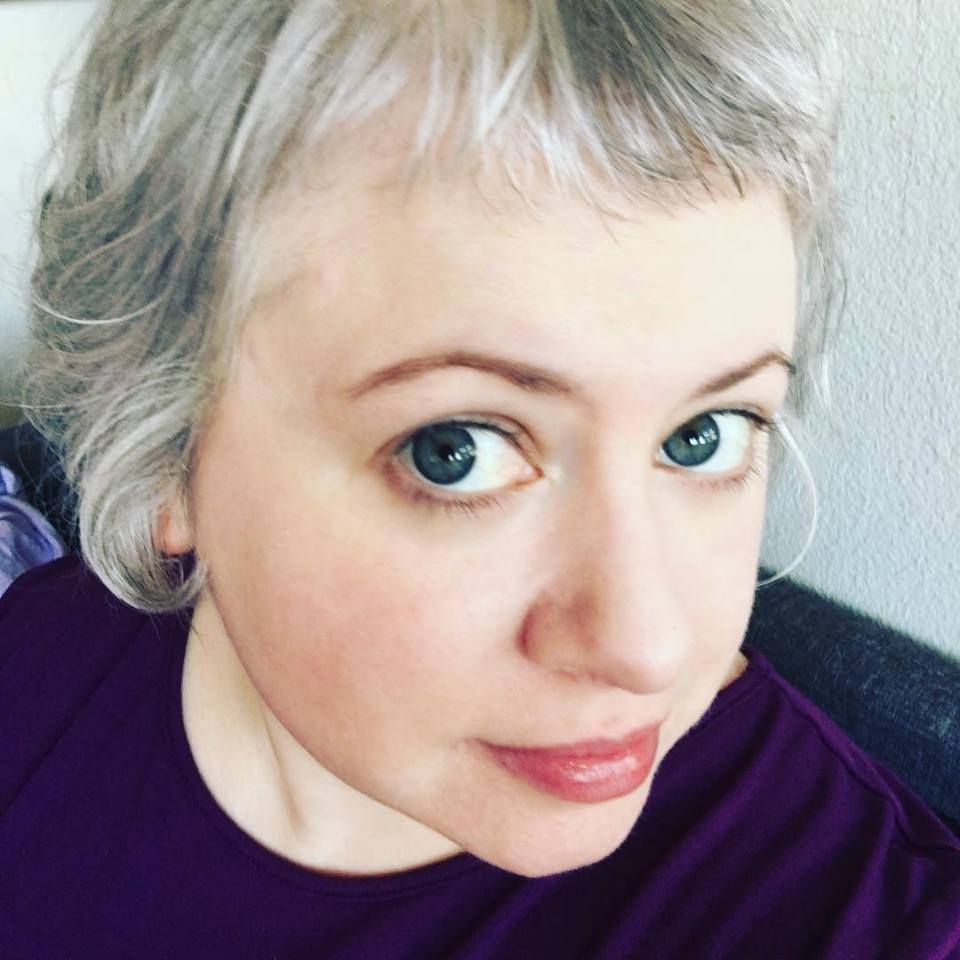 Mariah McCourt is a New York Times bestselling writer and Harvey award nominated editor of comics and graphic novels. As a writer, her credits include the creator-owned children’s graphic novelStitched #1: The First Day of the Rest of Her Life, the New York Times bestseller True Blood: All Together Now, Anne Rice’s Servant of the Bones. As an editor, she’s curated the Papercutz CHARMZ line, edited The Sandman: Endless Nights by Neil Gaiman, the New York Times bestselling graphic adaption of The Last Unicorn by Peter S. Beagle, Doorways with George R.R. Martin, Fables by Bill Willingham, and Angel, Spike, and Illyria: Haunted (writer and editor). She was a contributor and editor of one of the top-funded Kickstarter comics projects, the anthology Womanthology: Heroic, featuring over 100 women artists and writers of all ages and experience. The follow-up collection, Womanthology: Space! was nominated for a Harvey Award for Best Anthology. She lives in Los Angeles with her family.

The stones wait, forgotten amongst weeds and brambles and drifts of dry, cracked leaves, as snow gently falls, blanketing over them in a hushed hiss. The names carved into them have all worn away, only the traces of dates and symbols remain. A single half skull sits in the midst of their uneven ring, browned and cracked, dug up by some animal and left to rot in the open air. Its eye sockets look up to the bright gray sky with hollow silence.

The snow falls all day and covers the small, neglected cemetery in shimmering white. It continues to wait for night to come as the snow slows, then stops. The light fades into a peachy, golden, afternoon. It glints off rooftops in the slight distance, a village or town that has forgotten the others that used to live there. The sun sets a dull red.

Darkness sets the snow aglow in the light of a half moon, cold and blue and beautiful. It falls on her face, a soft gray translucency, against the starry sky. She walks over the ground without steps, the dark strings of her hair streaming in the brittle, bitter wind.

She passes through the stones, long fingers sweeping against their tops, recalling names that no longer matter to anyone else, including her own. They help her remember and stay rooted to this world instead of the next. She is not ready to leave yet and has not been since the fire and all that came after.

Her eyes, deep pits of shadow, show just a pinprick of light at their centers, blinking and fading, like slowly dying stars, staring past everything and piercing the nothing beyond. Her mouth, wide and thin, is frozen in a cracked and unforgiving frown. She is empty now, so empty, a pit of gaping, aching, craving, need.

There is only one stone she stops for, one stone she sits by, one stone she touches with a longing, soft, sigh. It is a small stone, a little cross that lists slightly to one side. She hums to it and weeps for it and watches it as the hours while by.

Then she hears the cry.

That pale gray head turns at the sharp, wailing, sound of it, piercing across the snow covered clearing beyond the graveyard. She knows that cry. It wraps itself around her heart and she is moving towards it, fast, a blurred shadow among shadows.

She is remembering that cry from before, a hungry sound, a plaintive sound, full of desperate longing.

In the clearing, set in the middle of a different kind of stone ring from the monuments she left behind, is a small bundle. The cry from it is growing weaker, sadder, as though it knows that no one is coming for it. She looks down from her grayness and sees a small, pale, scrunched, face, with lips turning a faint blue. Tears have frozen to its cheeks as the mouth lets out ragged, hiccupping sobs.

“Shhhhhh.” She says to it, her voice cracked from disuse. “Shhhhhhh.”

The child stops crying and looks up and smiles. It reaches two arms up to the gray figure who stoops and lifts it into her transparent arms. She looks into the child’s eyes, blurry with tears, as it sticks a chubby hand into its mouth for comfort. It sucks on its fingers listlessly, eyelids drooping, it’s wracking breaths slowing to ragged, shallow ones.

She coos to the child, whispers soothing nonsense and nothings. She knows it is a girl child, sickly, so small and pale for her age. It is cold in her arms but she does not feel it. She only feels the weight of it, the little limbs grasping at her, the round head pressing against her arm that is not, technically, there.

She takes it away from the fairy circle, back to the dead forgotten stones, to the place where her own daughter is buried. She sits in the middle of the faded monuments and rocks the baby whose eyes drift closed. She sings it a lullabye and touches its icy, round cheek. It makes a soft rattling sound in its throat and goes still.

When its eyes open again they are dark like her eyes, with tiny pinpoints of light deep within. It looks at her with knowing now, and smiles with tiny, sharp, glittering teeth. It is gray like her, empty like her, and it is hungry.

She takes it to feed.