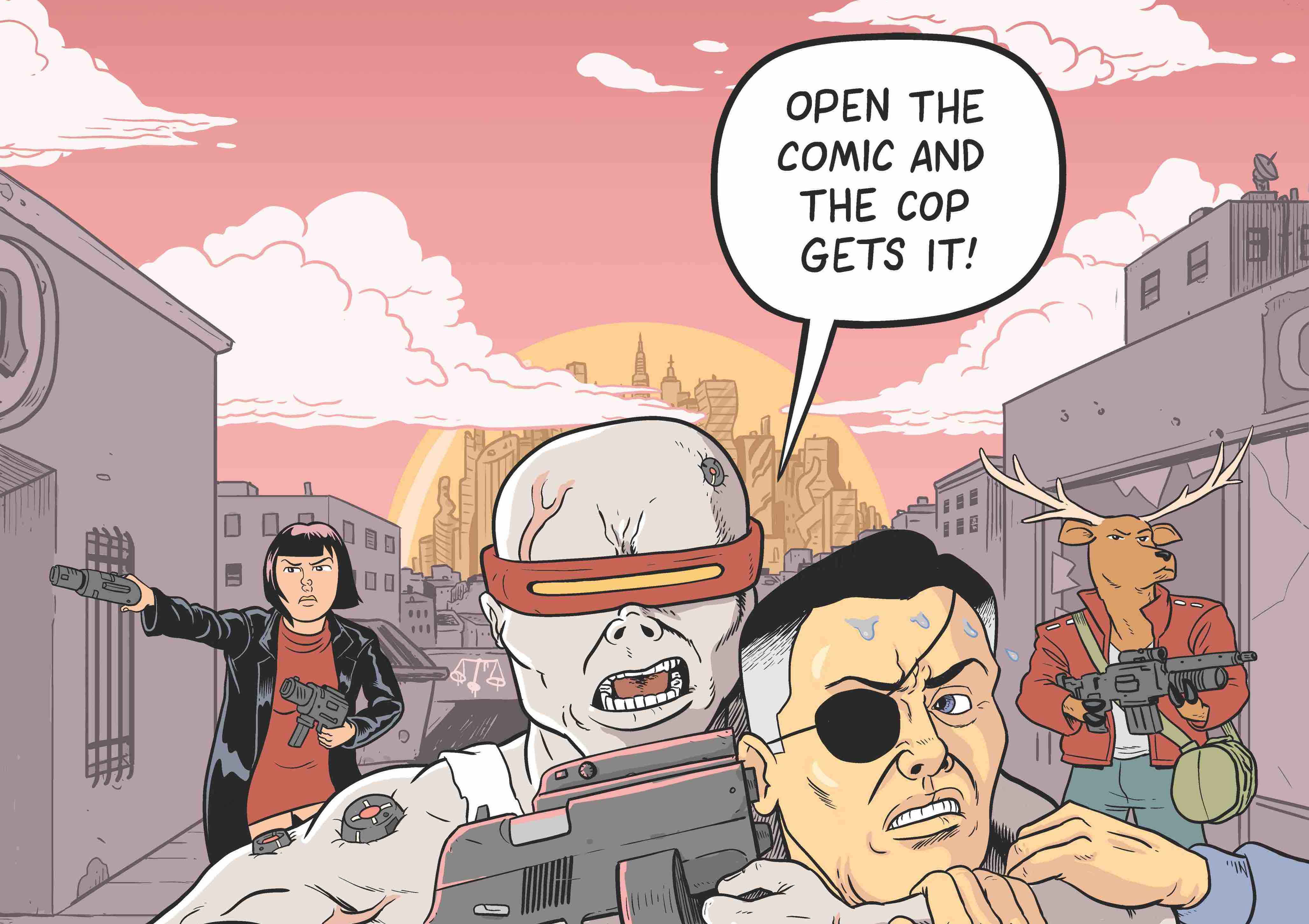 Imagine a world where the rich and powerful live in their own little world, where the poor and underprivileged are ignored and abandoned, and where the police aren’t much better than the criminals they’re tasked with protecting the populace from. The world of Matt Bors and Ben Clarkson‘s Justice Warriors, the pair’s forthcoming series from AHOY Comics, takes real-world cultural dynamics to their most extreme, with corrupt cops patrolling the Uninhabited Zone, the area outside of Bubble City inhabited by a majority of the population, many of whom are mutants.

The satirical series is the first monthly comics work from Bors, a political cartoonist, Pulitzer Prize finalist, and the founder of The Nib, and Clarkson, an animator and award winner in his own right. The Beat chatted with Bors and Clarkson about the origins of Justice Warriors, their collaborative process, and how the series is an outgrowth of Bors’s political cartooning. Check that out, along with an exclusive at the covers for Justice Warriors #3 and more preview artwork for the series, below.

Joe Grunenwald: What was the genesis of this series? Did the two of you develop it together, or did one of you have the initial idea and recruit the other?

Matt Bors: Ben reached out to me about producing and writing for Justice Warriors as an animated series in the chaotic summer of 2020. I loved the world he created and as we talked, ideas grew and grew. Eventually we became partners in this enterprise and settled on approaching this as a comic book series with us both throwing in all our talents from writing down to the lettering.

Ben Clarkson: I have been working on Justice Warriors for about a decade now. It started as an autobiographical novella about moving the city of Winnipeg to the moon and has slowly morphed into a buddy cop comic about a fish and poop. I slid into Matt’s DMs and hooked him on the idea. We’re both equally obsessed with Bubble City at this point.

More at the link!